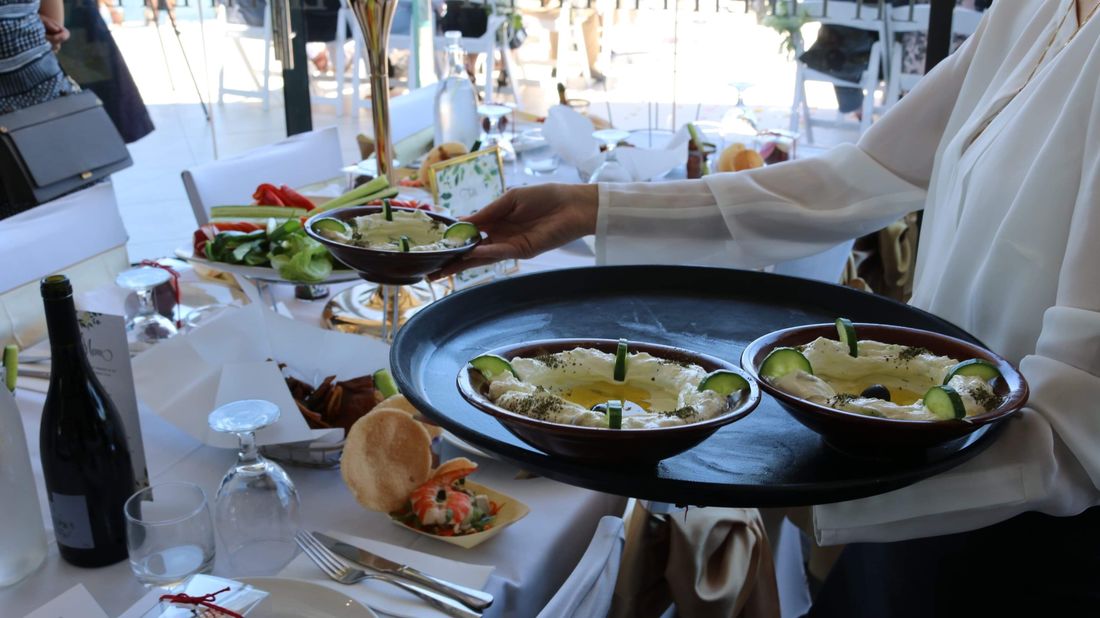 Recent scientific studies have shown that following a Mediterranean diet leads to lifelong wellness, including reducing your risk of heart disease, cancer and diabetes. And perhaps that’s why it’s so appropriate that you’ll often hear the world “Sahteyn” around a Lebanese table – meaning “twice your health!”

Any cuisine that’s linked to weight loss, reduced risk of Alzheimer’s, improved brain health, and has no dietary restrictions beyond eating your fill of fruit, vegetables, legumes, fresh fish and whole grains and olive oil offers plenty of things for Australians to love. Mediterranean cuisine eats red meat sparingly, but the flavours of the meal more than make up for the loss.

Add that Mediterranean dishes are made to be enjoyed with friends and family and that Lebanese dishes are some of the most exquisite in the world made with real love, and it’s easy to understand how our nation has embraced the cuisine wholeheartedly.

Part of the fascination with Lebanese cuisine, for instance, is that sharing beautifully prepared food is one of the great joys of being alive. Traditionally meals start with Mezza – lots of small portions of absolutely delicious fare centring around dips and salads, as well as grilled and marinated seafood.

Lebanese desserts are extraordinarily attractive, with endless variations on filo pastry, nuts and syrup bites, clotted cream ashta, shortbreads filled with date paste and more. Any trip to a Lebanese sweet shop will dazzle and tempt the sweet tooth with its layer upon layer or exquisitely made treats.

Part of Lebanese cuisine’s enduring appeal is its long history. Human occupation of the Levant region (also encompassing Jordan, Palestine, Syria and Israel) began seven millennia ago with the Canaanites and Phoenicians.

A century before the birth of Christ, the Romans invaded the Levant and eventually forced a transition to Christianity. In 1516, the Turkish Ottoman Empire occupied Lebanon, until 1918 when the French took over. Drawing the best from each of these cultures, Lebanese cuisine is both traditional and adventurous, exotic and hearty, healthy yet mouth-watering.

In Melbourne, an extensive range of Lebanese restaurants serve up  traditional dishes such as Fatoush (lettuce, tomato, cucumber, capsicum, onion with pomegranate dressing); Labneh; dips like hummus and baba ganouj; tabouleh; chicken Shawarma (cooked on and sliced off a spit); Shish Kafta (Minced lamb mixed with parsley, onion and capsicum), and Kebbeh Nayagh (minced raw lamb with burghul and spices).

For more courageous or modern palates, Lebanese fusion cuisine brings in influences from other cultures, including Armenian, Japanese, Liberian, Turkish, Mexican and Sri Lankan. Dishes like ‘Thai-bouleh,’ ‘deconstructed kebab’ shakshukit, or beetroot carpaccio continue Lebanese cuisine's millennia-old tradition of being at the culinary crossroads of East and West.